In the academic year 1982, BCNNST opened the application for The Nurse-Midwifery Certificate program, which was a 2-year certificate program and opened for application two generations per year. In 1989, the program has changed its name to Junior Nursing Certificate Program. In 1992 the program was developed and improved as the Certificate in Nursing Science (Technical level): Cert. N.S. (Technical level) (course revised 1992) and this program provided education from the academic year 1992 to 1996, totaling 18 generations. The total number of graduates was 1,349.

In the academic year 1987 – 1990, BCNNST opened a course for nursing and midwifery (interim) to develop nursing staff. This program was designed for those who have graduated from a nursing assistant or midwifery program to improve their skills and knowledge. This program provided further study of the 2-year study period. There were four generations, with 288 students.

In the academic year 1989, BCNNST offered a certificate of nursing science program (community-oriented to improve quality of life) to deal with the shortage of professional nurses. The first generation: 50 nursing students. The four-year study period was opened once a year. In 1994 this program was revised as the Certificate of Nursing Science Program (Revised Version) until 2001.

In the academic year 1992-1997, BCNNST was assigned to provide short-term training for the Clinical Nursing Teaching course. The training period was 16 weeks for 40-50 trainees.  There was a total of seven groups, with staff in nursing education, and nursing services. The objective was to develop knowledge and competence in both theoretical and practical teaching techniques.  An additional objective was to focus on and enhance students’ teaching and in-service knowledge and improve nursing service skills at a higher quality.In 1993, the Ministry of Public Health began, restructuring educational institutions by including all of the educational institutions as “The Institute of Manpower Development in Public Health”, and in 1995 King Bhumibol (Rama IX) renamed as “The Institute of Manpower Development in Public Health” as the “Praboromarajchanok Institute” for commemoration the remembrance of King Bhumibol’s father, who laid the foundations of medical prosperity and Nursing and Public Health in Thailand.

In the academic year 1996, Boromarajonani College of Nursing Nakhon Si Thammarat was assigned by Praboromarajchanok Institute to Provide short-term training courses for Junior Public Health Administrators Training Program. The training duration was for five weeks, with 40-60 trainees per group, and the short course training has been adjusted to three weeks in the 2017 academic year until the present.

In the academic year, 2005-2016 BCNNST was assigned and organized the Program of Nursing Specialty in Nurse Practitioner (Primary Medical Care).

In the academic year 2009, BCNNST opened a Practical Nurse Program, one year for one course, a total of nine generations until the present.

Academic Year 2019 BCNNST has improved the Practical Nurse Program (Curriculum updated 2020) Short-term course (one year) The program became active in the academic year 2020 until the present.

In 2019, Praboromarajchanok Institute, a specialized higher education institution in health sciences that holds degree-level education, aims to produce and develop personnel according to the needs of the Ministry of Public Health. To teach, conduct research, provide academic services to society, and nurture arts and culture has been established the Boromrajonani College of Nursing all 30 locations as “Faculty of Nursing”, Praboromarajchanok Institute. 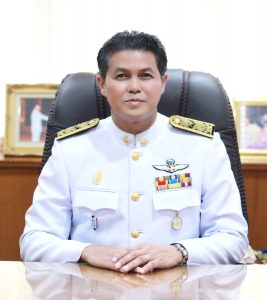